Is there action without emotion? The Experience of Natural Sessions in the Andean Chocó – Ecuador

Art as a catalyzer

«The earth has music for those who listen» –  William Shakespeare

In 2014, the American composer John Luther Adams won the Pulitzer with the orchestral composition «Become Ocean» that describes how life on earth emerged from the sea and as glaciers melt, humans are faced with the literal possibility to become ocean again. Luther Adams has for a while been an activist committed to nature’s protection. Recently, he made the decision of doing it exclusively from his music: “If my music can inspire people to listen more deeply to this miraculous world we inhabit, then I will have done what I can as a composer to help us navigate this perilous era of our own creation” (Luther Adams, 2018).

Is there, indeed, a potential in music to promote a sensitive re-connection with nature? Can artistic expressions such as music help to generate greater environmental awareness and add to ongoing scientific efforts? Can art motivate subjects to change their habits and thus provoke concrete actions towards adaptation to climate change? To explore it, in 2019 the Andean Forest Program [1], InConcerto [2] and Radio COCOA (a dependency of the San Francisco de Quito University) [3] undertook an audiovisual project that, through music and film, intends to raise awareness among different actors towards the urgent need to take actions to protect the Andean Chocó Biosphere Reserve of Pichincha – Ecuador.

The working hypothesis is that art can be an important catalyzer in the effort to motivate subjects in the grassroots, regional and global scales to take actions to protect the environment. Likewise, the intention is to include art and humanities perspectives to the ongoing scientific and environmental management efforts. Efforts that aim at implementing adaptation and mitigation strategies to face climate change, but could benefit from art’s capacity to touch and motivate individuals on an emotional level.

The natural paradise on the edge of a capital city

The Andean Chocó Biosphere Reserve in Pichincha is part of a globally important region due to its unique biotic communities in the transition between the Tropical Andes and the Tumbes-Choco-Magdalena Biodiversity Hotspots. Its ≈287,000 hectares of rugged terrain range from cold paramos, Andean shrubs and high-altitude cloud forests to dense tropical forests. About 60% of the territory corresponds to remnants of natural ecosystems, intermixed with agricultural land uses. Historically, the main economic activity, and also the cause of the greatest deforestation processes that threaten this area, has been livestock.

What makes this area even more special is that a large part of this reserve is part of the Metropolitan District of Quito, the capital of the country. Although the vast majority of Quito residents ignore it, they have the privilege of living 30 minutes away from one of the most biodiverse nature reserves in the world. What they also ignore is that these forests have an essential role in the climate balance, the air quality and the water provision of the northern area of the city. The Andean Chocó is also an important source of their food and an amazing place for recreation and nature-based tourism.

Precisely, the disconnection with nature that urban life causes and the dominance of conventional exploitative agricultural practices that narrows the ecological perspective of the inhabitants of rural zones are two of the biggest problems that environmental management has faced (Anderson, 1996 p. 124). Consequently, in this specific area, actions aimed at treating these two problems are required. On the one hand, the proximity of Quito to this area makes it critical to raise the urban public awareness about the importance of protecting these natural ecosystems and start generating a balanced relationship with nature. On the other hand, it is essential to support and promote sustainable and more resilient livelihoods among the inhabitants of the reserve.

Indeed, a few decades ago, local people in this area began processes of transformation towards a more sustainable model. In this vision, the efforts of producers, civil society, academics, local governments and non-governmental organizations such as CONDESAN and Imaymana Foundation converge. Initiatives like the Andean Forest Program, for instance, focus on promoting practices of sustainable production, restoration and conservation of forests, as part of adaptive responses to the effects of climate change and land degradation. In this sense,  these joined efforts are continuously looking for developing and implementing more effective strategies that could bring awareness to local environmental issues while promoting sustainable practices. Strategies that not only target the inhabitants of the area but also aim at having an impact on urban populations surrounding the territory and the international community

An emotional turn for environmental awareness

The processes of generating environmental awareness in recent years have gone through a series of reflections and questions aimed at implementing more effective pedagogical and communicational processes (Datta, 2016). Considering that a large part of environmental management is based on scientific and technical information, the processes of socializing this knowledge require different implementation strategies. To have a true impact on the subjects, on their habits, and on the way in which they conceive their relationship and coexistence with nature, these strategies require going beyond the simple transfer of information (Bladow & Ladino, 2018 p. 3).

For this, a fundamental starting point is to begin assuming conservationism more as a matter of people than of resources. This means that to promote and implement sustainable management and adaptation strategies, one must first consider mechanisms capable of motivating subjects to reconnect and become aware of the environment. This motivation, essential to generate changes, is a reaction that, rather than rational, arises mainly from the emotional and affective involvement of the subjects. As Anderson (1996, p.123) argues well in Ecologies of the Heart: emotion, belief and the environment, “Knowledge is necessary, but knowledge without emotional drive does not produce action”.

Natural Sessions in the Andean Chocó

One of the greatest of those deep and sensitive connections of human beings with the environment is and has been music. It was the sounds of nature that inspired the first musical forms and the first words that our ancestors expressed (Hendy, 2013 p.63). Likewise, several of the most celebrated classical music composers such as Wagner, Debussy and Vivaldi sought and found inspiration in it. So why not add sensitive expressions such as music to the management, care and protection of the environment?

Taking classical music out of the urban context into a natural context was, in fact, the fundamental premise on which this audiovisual exercise was based, which we call “Natural Sessions”. In principle, the project was considered as a first experiment in the search for innovative ways to provoke an affective and effective reconciliation with the environment.

Faced with the continuum of a long period of abusive and excessive exploitation that has pushed the subsistence of the environment to the limit, “Natural Sessions” set out to move in the opposite direction. If nature gave us music, in a symbolic act of truce, it was offered back a bit of the great gift. In this way, it was sought to break with the logic of treating nature as an object for disposal and use, and it was positioned in the place of a subject capable of feeling and causing sensations. Thus, in the video, we see that InConcerto musicians do not present themselves to a human audience; they appear before the majesty of the Andean Chocó.

The musical pieces performed are combined with an audiovisual display that shows the beauty of the landscapes and the immense diversity of this cloud forest and the species that inhabit it. This montage that juxtaposes classical music with images and soundscapes of the Andean Chocó, seeks to provoke in the audiences a sensitive and deep connection with the environment.

In addition, a key component of this exercise corresponds to the testimonies of local stakeholders who have found ways to co-exist with this forest are added. A foreigner in love with the place, who came to influence the local mentality by establishing an ecological reserve for birdwatching, a biologist – activist, son of parents who left the city when he was a child, and who dedicates his life to discovering and promoting sustainable ways of life; a group of young natives, committed to the sustainable development of their communities and who work cooperatively to build a collective vision of the territory. These testimonies attest to the possibility of building a different bond and relationship with their territory and transfers to more conscious daily practices and livelihoods.

Definitely, there are plenty of logical, rational and practical arguments that justify the care and protection of the environment – saving forests because they could contain plants with potential medicinal uses or stopping deforestation because it contributes to climate change that threatens our existence. However, thinking of nature and its beauty as an end in itself is a fundamental but often overlooked mechanism in the management and care of the environment.

In a world where all action is justified under the logic of consumption and profit, nature has been reduced to the category of resource. The inability to value it due to the sensitive connections it causes in us shows that the human being has placed himself and his ambitions above nature. To generate an effective change of consciousness, it is time to ask ourselves, why is the beauty of natural environments such as this unique reserve not one of the main arguments for its conservation? Does anyone question the preservation of artistic works and architectural structures of historical relevance? Why, if art and culture are competent to preserve our heritage and history, are we incapable of thinking about nature in the same way? Have we forgotten that we are indivisible beings of nature?

Sessions in Nature is considered as the beginning of a series of projects that seek to demonstrate the importance of incorporating emotion for the care and protection of nature and for motivating actions towards climate change. An urgent need when it comes to expanding human consciousness while nurturing a sensitive reconnection with our planet. 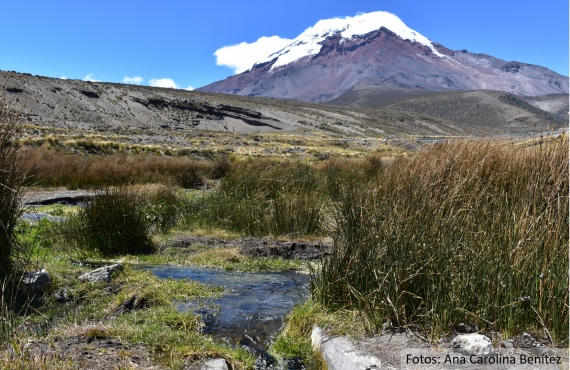 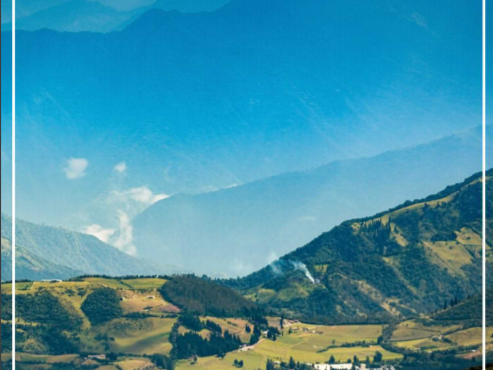 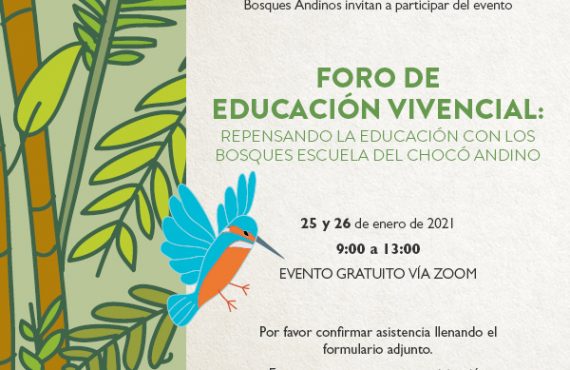